Emin Can Yilmaz, Co-Founder & CEO of PARAM, gave a ray of hope to all developers with his super-efficient minimal (10 lines) code for streamlining online payments that reduced the coding time from weeks to a “cut-and-paste job.” The company now handles payments for the largest twenty e-commerce companies in the world.

Since his interest in creating technology products piqued at an early age, he walked the path to become an entrepreneur and put his efforts into establishing PARAM. He strongly believes, “Any business that doesn’t create value for those it touches, even if it appears successful on the surface, will not survive in the competitive market.”

Developing the Ten Lines of Code

Emin adds, “The annual cost of financial intermediation on average is roughly 2 percent currently – the same as it was in the late nineteenth century projecting no efficiency gains over the last century. For years, the growth in e-commerce outpaced the underlying payments technology. Companies wanting to set up a business had to go to a bank, which processed payments and set up a gateway to connect the two. This process took time, people, and numerous fees.”

On the path to restructure the implications in progressing ahead of outdated software, tedious bank policies, verification by credit card companies, and financial middlemen, Emin and his brother came up with ten simple lines of code that anyone could insert into any app or website in a day to connect to a payments company. In 2013, PARAM launched with an epic offering of ten lines of code to its customers with a promise of no other modifications required.

Encompassing more connectivity and ease of use, PARAM became popular in no time, largely by word-of-mouth between developers. He further shares, “Marketplace builders and sharing-economy newcomers needed to manage payments between a large number of small suppliers, homeowners or drivers, and thousands of customers in the time it took to press a single on-screen button. Setting up accounting platforms to manage these incoming and outgoing payments would have taken six months to build. PARAM processed payments through its servers, allowing payers and vendors to connect without any hassle.”

PARAM processes billions of dollars each year for thousands of companies. Over the past year, 65 percent of internet users in Turkey have bought something from a PARAM-powered business, although very few of them knew they were using the platform. Where PayPal injects itself into the checkout process, PARAM operates like a white-label merchant account, processing payments, checking for fraud while taking a small percentage as a fee.

In 2017, the company launched the PARAM/OS platform, which is designed to help entrepreneurs start a business anywhere on the planet. The platform’s mission has been to increase the GDP of the internet. PARAM was targeting entrepreneurs from Africa, Latin America, the Middle East, and parts of Asia. A majority of the growth over the next ten years will come from underserved markets. The market of 6 billion customers has not been reached yet, presenting an immense missed opportunity.

Infusing a strong culture of innovation in the company

Cultures of innovation are naturally dynamic. Teams at PARAM think of new ideas and test them on the go. Their business processes and procedures are very fluid. Emin adds, “There often is no one right answer to a problem, but through experimentation, our business drives many projects, efforts, assignments, and ultimately opportunities for improvement.”

PARAM operates according to its core values implicitly. Their core innovation values embody their beliefs and attitudes towards innovation. These values also help define their organization’s priorities, how the teams should go about solving problems, and their expectations for their performance.

The company deeply respects the knowledge, skills, ideas, and capabilities that each employee brings to the team. The work environment at PARAM is open, honest, collaborative, and family-oriented.

Emin states, “Our employees feel comfortable and confident in taking the risk, and trust that their ideas will be well received. They know they can rely on each other in team projects by completing their work on time, on budget, and with high quality. They do not undermine one another, nor do they try to take credit for others’ ideas and work as true collaboration can only exist in an environment of trust.” Not just this, they are thrilled to work at PARAM, which turns out to be his biggest recognition.

Steering the company’s wheel on its vision

The vision of the company is to create frictionless commerce and change the way payments are processed online. The services of the company are not only affordable but also extremely simple to understand.

Emin states, “Until the customer hits the company’s transaction limit, they will pay the same monthly rate for every card they swipe. We make it predictable, so you don’t have to deal with that shifting level of exposure. After all, we are in the process of raising millions in venture-capital funding, so we couldn’t possibly just be doing what all venture-backed companies do, offering its services at an unprofitably low price to achieve huge market growth.”

Wearing the hat of the CEO of the company, Emin aims to handle all the responsibilities with full focus and determination. He is involved with “one-way door” decisions that include important decisions such as acquisitions and long-term strategies for the company.

He adds, “PARAM remains profitable as it is extremely efficient.” Where other companies hire a sales force to peddle their services, PARAM spends most of its resources building great technology. It gains adherents based on the strength of its superior product. The entire cost of running the business is incredibly low. The most exceptional reason why PARAM makes a profit is that it changes customers’ shopping habits. PARAM raises transaction volumes as people are buying more products.

Striking a balance between the professional and personal front has been an ongoing challenge for Emin. Having a persistent nature, he continues to give his best both to his company and personal life.

He adds, “I try to play to my strengths to avoid overwhelming myself. I focus on my strengths and outsource them to others. I also prioritize my time. I may have a to-do list with 50 tasks on it, but I always prioritize those tasks into four categories: urgent and important, important but not urgent, urgent but not important, neither urgent nor important. I know my peaks and troughs.”

Emin realizes the importance of personal time and sticks to a strict regime to dedicate time to both his personal and business lives. He stresses the point by stating, “If you don’t make time for your personal life, your “me” time, including your family and your health, you won’t have a business to go back to. I have set work hours and stick to them. Otherwise, before I know it, I’ll be working until midnight every night. I create a timeline of my activities. I put dates across the top and activities down the side. Then I break each task into components. I pay attention to family commitments, such as holidays, birthday parties, etc., so I don’t forget.”

He firmly believes in the popular adage, “Healthy mind resides in a healthy body,” and states, “Exercise is a must-do, not a should-do for me. It’s easy to cancel the gym, the evening run, or the yoga class because something urgent comes up. However, give exercise as much priority as making money.”

At the end of every day, he makes time for self-analysis and works on different aspects of his life. He indulges in meditation and reading to check on his mental health and uses his leisure time with people who make him feel supported and inspired.

Next phase for the company

PARAM’s merchant ecosystem still accounts for the vast majority of its revenue and gross profits. Emin states, “We believe there’s a lot of room to grow on both sides of the business. We capitalize on the momentum that is building as we are moving through 2021.”

PARAM will build on its various marketing campaigns and build up its salesforce to the increased demands. The company will shift focus on acquiring customers in new demographics and re-engaging former customers.

Emin adds, “The plan for PARAM products is to expand vertical-specific features and developer APIs. There’s room to focus on more features within verticals and cater specifically to larger sellers. Greater ability to manage multiple locations, managers, and other scaling problems could be on the docket as well.” 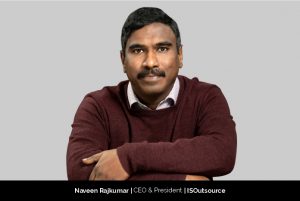 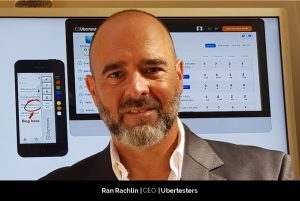 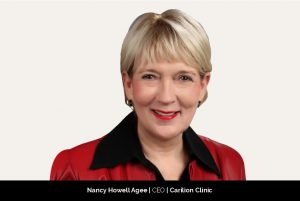 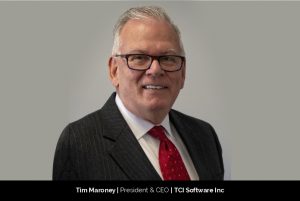 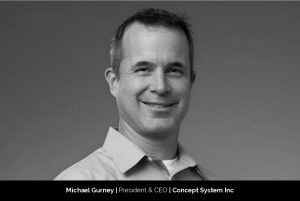 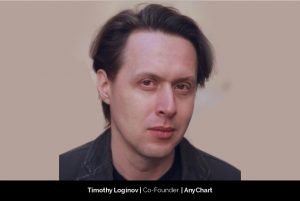