The financial markets are endlessly fascinating, which is as true for John Koudounis, CEO of Calamos Investments today as it was when he started. As John rose in his career and began to assume executive roles, he also became passionate about building and leading organizations. Whether in his role as the youngest CEO on Wall Street or his current role driving an entrepreneurial asset manager to the next level of success, John says “what is exciting to me and inspires me as an ongoing goal is working toward transforming companies from good to great.”

A passion for finance that rose from variety of choices

John grew up in a family of immigrants who came to this country from Greece and worked very hard to realize the American dream. “My sister and I were the first generation in our family to go to college. I considered medicine, law, and politics. At Brown University, I was pre-med and double-majored in International Relations & Foreign Affairs and Economics. Ultimately, I opted for a career on Wall Street, as I saw the brightest and most successful students trying to get the few coveted seats that were available when I graduated,” recalls John.

After his graduation in 1988, John started working with Merrill Lynch in the capital markets division. He was one of only nine undergrads worldwide that were chosen for this position. Later in 1996, he joined ABN AMRO Inc. as a Managing Director where he rose to become the Head of Fixed Income for the Americas. His building up of that division was a critical reason for the selling of the bank to Royal Bank of Scotland in the largest bank merger in history. After growing his division for over a decade, in 2008 John moved on to even greater responsibilities.

John joined Mizuho Securities USA, the US investment banking subsidiary of  Japan-based Mizuho Securities, as Executive Managing Director and Head of Fixed Income. He was responsible for leading all aspects of the firm’s activities in trading, sales and investment banking. In his first year at the company, his division earned more than the entire firm had in its entire history. He continued to distinguished himself with his leadership, especially during the financial crisis, and was named President and Chief Executive Officer of Mizuho Securities USA in 2010, becoming the youngest CEO on Wall Street. His extensive responsibilities included his roles as a member of the board of Directors, Chairman of the Management Committee, Chairman of the Risk Committee and Chairman of the New Products Committee. Under his leadership, the firm grew in profitability, number of clients and product diversification, allowing Mizuho to rise to the top-tier of investment banks globally.

Calamos is a global investment firm with over $35 billion in assets under management, providing a variety of funds with actively managed investment strategies that include stocks, bonds, convertible securities, mutual funds, closed-end funds, private funds, and UCITS funds. The firm is the third largest provider of Liquid Alternative strategies globally, with clients that include major corporations, pension funds, endowments, foundations, and individuals. Headquartered in the Chicago metropolitan area, the firm also has offices in New York, Miami, and San Francisco. The firm was founded in 1977 and has served investors for more than five decades.

Since John became CEO of Calamos in 2016, the firm’s assets under management have increased by over 80%. “I am extremely proud of our growth, especially in the highly volatile and uncertain pandemic market. Investors have responded to our strategies that help them manage risk and minimize market downside, and our fund managers have turned in stellar performances. Five of our funds are ranked in the top 1% of their category, 12 are in the top 10%, and 80% of our fund assets are ranked 4 or 5 stars by Morningstar,” shares John.

As Chief Executive Officer of Calamos, John’s responsibilities include managing operations, leading business and corporate development, and, most importantly, directing strategic growth initiatives. “I think one key strategy that has helped me grow Calamos is aligning the firm to focus relentlessly on our clients and deliver exceptional performance that helps them meet their financial goals. My focus on greater communications within the investment professionals and between the operational side of the firm has helped the firm dramatically,” says John, reflecting on his strategy that has worked for Calamos.

Resilience, Mindset and Passion make Leaders out of Bosses

For John, there are qualities that most leaders need to demonstrate, whether they are instinctive or are developed over time, and he shares them. One is resilience, he says, the ability to deal with uncertainty and disruption, and to seize the opportunities that come with constant change. “Particularly now, in the time of Covid, our usual ways of doing business have been totally upended and it is absolutely critical to be able to pivot for the benefit of your enterprise,” John asserts.

Another is a mindset of innovation, to be open and look for new and better practices and procedures.  “Throughout the history of business, there have been numerous examples of legacy companies and iconic brands that failed to see change coming and to adapt. Listening is a key factor to my success. Paying attention to what your clients and what your employees are saying is imperative to be able to achieve success.  Finally, leaders need to be passionate in their pursuit of excellence, and to demonstrate it in a way that serves as an inspiration to their organization,” he further adds.

John also believe in leading by example when it comes to his passion for philanthropy: He is the Founder  of the Chicago CEO COVID-19 Coalition, an organization he created  in 2020 during the pandemic to provide COVID-19 relief and recovery for the city and bring Chicago’s business leaders together in a time of need. This initiative focused on four critical areas in COVID recovery: food, shelter/homelessness, counseling services, and PPE. The Coalition distributed over $1.5 million in proceeds from its successful telethon. In addition, He is a member of the board of trustees of the National Hellenic Museum, a patron of the Prince’s Trust International, and an executive advisory board member for the SEAL Future Foundation. He is a founding board member and executive committee member of The Hellenic Initiative, a non-profit, non-governmental organization with the aim of supporting Greece and Cyprus in the aftermath of the financial crisis by helping to foster entrepreneurship in both countries. He is also a member of Leadership 100 and Chairman of the Metropolis of Chicago Foundation. In October 2016 he was inducted as an Archon of the Ecumenical Patriarchate in the Order of St. Andrew, the highest honor bestowed on a layman by the Orthodox Church.

Indeed, John has worked hard throughout his career and can point to many substantial achievements. “I am very thankful for what I have and the point I have reached. But there is always more to accomplish.  Striving for excellence, to be better day after day, keeps me driven and determined,” says a grateful John. When asked what he would advise to his younger self if he could go back in time, John says he would tell himself “that it would be a fascinating ride, and to be ready for many twists and turns!”

John likes to start his day by checking the markets globally and then looking through his several hundred emails that he receives overnight. “I have a morning CEO meeting where I have several of my direct reports go through the most important items from the night or day before and upcoming major events for the day or week ahead. I have senior executives from every division, so we have a great cross pollination of information throughout the firm. Then I have meetings spread out throughout the day with time in between meetings to be able to react and execute on anything that needs to be followed up on. For years, before Covid, I liked to have a standing lunch reservation in order to consistently meet with clients and or other leaders in the industry,” says John discussing his daily schedule.

However, Covid has required the whole financial world to work from home and John is no exception. The pandemic has fundamentally changed his routine in that he is no longer going to the office. Beyond that, “I’ve tried to keep things more or less usual and normal. I think maintaining an even keel for your employees and business partners as well as for your family, has been important during these past many months,” he says. As a senior executive working from home, Zoom has become indispensable to John. Video calls are essential to managing when you can’t meet people in person, he says. In addition, he notes that his smartphone has become a vital part of running his business and organizing his life, stating “I couldn’t live without it.”

While John’s workdays are typically long, his family time is extremely important to him. John has twin daughters and the time spent with them is very precious. Pre-pandemic, he shares, “we took trips as a family, back to Greece, Italy, UK, France, Switzerland, Netherlands, Germany, Belgium, Austria, Spain, Mexico, Russia, Japan and other places throughout the world. One of the advantages of remote work is that my life isn’t as separated between the office and home, and I can spend more time with my family.”

Working towards realizing dreams and passions

John’s advice for “any young person, whether you want to start your own company or join an established one, I would say to find something that you love. Work toward realizing your dreams and passions, and the rest will follow.”

While the growth of assets under management through fund inflows is a key indicator of customer of satisfaction, John considers the foundation of the business to be based on client trust. “Strong investment performance combined with outstanding client service are the key building blocks to our success,” says John. “If we take care of our clients in those two areas, our successful growth will continue.” This belief has been borne out in Calamos’ wealth management business as well, where the retention of its existing clients and onboarding of new clients are at an all-time high.

In the past few years, Calamos has made some strategic acquisitions to expand its product offerings, such as in small cap stocks. Going forward, John says, the firm will continue to assess opportunities that fit and enhance its actively managed strategies, either through organic growth or by acquisition. “Our growth trajectory involves sticking to our mission of being active managers that provide our clients with the right investment solutions. We are dedicated to helping investors navigate choppy markets, optimize market upside and manage market risk,” concludes John. 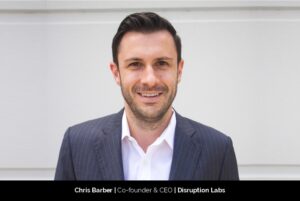 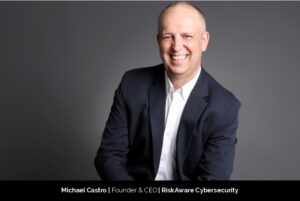 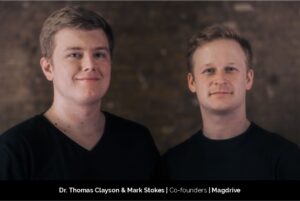 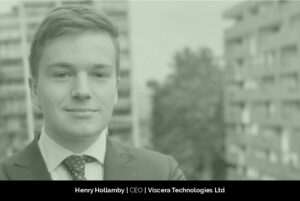 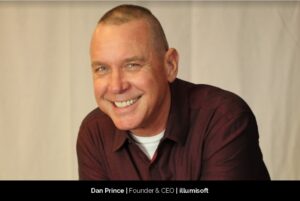 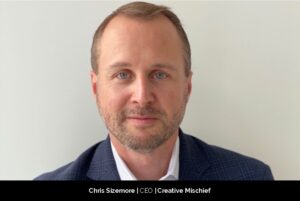 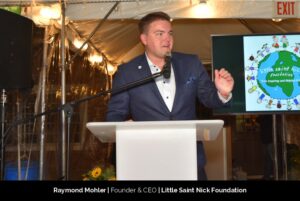